Docker is an open source platform that enables developers to build, deploy, run, update and manage containers—standardized, executable components that combine application source code with the operating system (OS) libraries and dependencies required to run that code in any environment.

Docker works by providing a standard way to run your code. Docker is an operating system for containers. Similar to how a virtual machine works in virtualizing (removes the need to directly manage) server hardware, containers virtualize the operating system of a server. Docker is installed on each server and it provides simple commands you can use to build, start, or stop containers.

About "How/Where to install Docker?"  you can find it easily on https://docs.docker.com/

Make sure you have Docker & Docker Compose installed.

1. Create project directory on your system to store the config and etc. 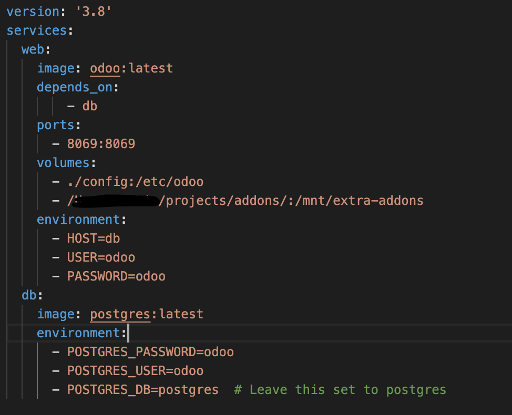 This configuration will be used by docker container "web" above. So be careful about addons_path, xmlrpc_port, db_user & db_password, all those value should be exact as defined in the docker-compose.yml above

You can start up the container by using:

After you run the command above, you'll see the docker-compose is creating container that you've been defined above without some detail information, because -d means all the process is on the background (daemon).  If you want see detail information about the output from the Odoo "web" and Postgre "db" process, just remove -d. Once it has completed, you can access your deployment on "http://localhost:8072"

With all configurations above, we can easily deploy/run multiple Odoo process by several step: